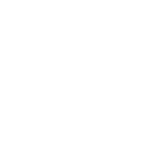 for being part of Portal10! See you next year in Budapest!

We, the PoRtaL 10 Team, the extended PoRtaL team of previous convention organizers and active members of the PoRtaL Community, are saddened by the statement made by members of the Ukrainian larp community. We offer our sincere apologies for causing upset and hurt by our actions. This was never our intention, as we strive to create a place of connection, not divide, especially in these troubled times. We recognize the hardship the Ukrainian people are going through, and we regret adding to that.

We are and always have been openly pro-Ukraine in the current invasion. We have consciously chosen to not invite any pro-Russian keynotes or guests to our program, instead choosing to provide a platform for people who are engaged in the fight against the occupant to speak about their experiences via the larp lens.

We do not believe in exclusion on an individual level based on nationality. We do believe in international sanctions against the Russian government, we support a free Ukraine and we want to create a space for dialogue for people who hold similar values to ours.

In the following we want to answer the main points raised:

Our hearts are with you and we as an international informal community wish to support the Ukrainian larp community in the current tragic situation. We hope to discuss and collaborate with you and hope to hold our conference in Ukraine once more in the near future.

We wish to do right by you. We wish to discuss with you and see how we can best offer our support, and how we can keep including people that we believe are larpers who want to help our community with their experience, rather than finding ways for breach. We wish to be siblings to each other, as we always have been, and cater to your needs, especially now that you are in suffering.

This statement is approved by the following organisations and individuals: